What is Spain Famous for?

Spain is one of the most popular tourist destinations in southern Europe. When thinking about Spain, some things that come to mind may be Marbella Beach, Picasso, Malaga or Flamenco Dancers. While these are all great things about Spain, you may be surprised to learn that Spain is also famous for various other things, including steel, cash registers, bullfighting, and cava. Here are the 21 things Spain is famous for.

Perhaps the most well-known of them is Picasso, who is remembered as a prolific artist with an unrivalled eye for beauty. As a child, he was considered a prodigy for his painter-like skill with pen and ink drawings; he could draw anything perfectly in one attempt.

When he was taken to a Madrid museum, he spent hours studying the paintings and reproducing them on paper in the exact same detail.

Ibiza is an island in Spain’s Balearic Islands in the Mediterranean Sea. Visitors come here for its beaches, sunsets, sea views and beautiful landscapes. It’s a popular tourist destination that attracts many famous people who enjoy partying, especially in the summer. Ibiza has a vibrant nightlife scene and is home to the world-famous superclubs Pacha and Space.

Ibiza Old Town has been inhabited since the 15th century BCE. It has become one of Spain’s most popular tourist destinations in recent years, thanks to its stunning architecture and vibrant nightlife scene.

The Canary Islands are located off the northwest coast of Africa and consist of seven main islands: Tenerife, La Palma, Gran Canaria, Fuerteventura, Lanzarote, and El Hierro. They are known for their stunning beaches and year-round warm weather — perfect for those who love water sports like snorkelling or surfing!

In addition to these activities, there are plenty of other things to do on these Spanish islands, such as hiking through forests or visiting historical sites like Loro Parque, where you can see wild parrots up close!

Santa Cruz de Tenerife is the largest city and capital of the Canary Islands, an autonomous community of Spain. It is also the fifth largest city in Spain. Located on the island of Tenerife, it has a population of 213,995 (2010).

It is one of the most important tourist destinations in Spain and Portugal, with several hotels and resorts on the island. The Teide National Park, with its highest peak El Teide at 3,718 m above sea level, is located just northwest of Santa Cruz.

Real Madrid is the most successful football club in Spain. It has won a record 32 La Liga titles, 18 Copas del Rey, 9 Supercopas de España, 1 Copa Eva Duarte and 2 UEFA Champions Leagues. It holds the record for the most European Cup/UEFA Champions League titles, having won it 12 times.

The club was founded in 1902 as Madrid Football Club and played its first competitive match on 13 May 1902, winning 6–0 against Athletic Bilbao. In 1929, the club changed its name to Real Madrid after King Alfonso XIII granted the title “Real” (royal).

Spain is famous for its cuisine, especially its paella (rice dish) and tapas. Both dishes have their origins in Valencia; they were traditionally cooked on open fires during festivals in honour of local patron saints or simply as festive meals between friends or family members.

Today both are hugely popular throughout Spain and served in restaurants worldwide! Other popular foods include churros (fried dough sticks dipped in hot chocolate) and tortillas españolas (Spanish omelettes).

Alhambra is a palace and fortress complex located in Granada, Andalusia. It was originally built by Nasrid emirs who ruled from 1333 until 1492.

The Alhambra has been declared a UNESCO World Heritage Site as well as being listed on the List of World Heritage in Danger since 1984 due to severe damage caused by heavy rainfalls that have damaged stonework, paths and fountains within the site’s grounds.

La Tomatina is a Spanish festival held yearly in the Valencian town of Buñol. The festival attracts around 30,000 visitors each year from all over the world. What started as a food fight between friends has become one of the biggest annual events in Spain and Europe.

Every year, on the last Wednesday of August, thousands of people go to the town square to throw tomatoes at each other. This is a very messy affair, but it’s also lots of fun; it could be especially interesting for kids! Plenty of stalls sell food and drink, so you can enjoy yourself before getting covered in tomato juice.

Flamenco is a type of dance that originates in southern Spain. It is known for its use of movements like foot stamping and clapping, as well as its intense passion. In 2010, UNESCO declared Flamenco as the Oral and Intangible Heritage of Humanity.

Flamenco is one of the most popular forms of traditional Spanish music; it involves just guitar playing. It originated in Andalusia and is still very much associated with this area today.

But Flamenco is also performed all over Spain, particularly in Madrid and Barcelona, where there are many flamenco clubs where you can see performances and even take classes if you wish to learn how to dance like a Spaniard!

Barcelona is the second largest city in Spain and the capital of Catalonia. It is one of the most visited cities in Europe and a major cultural and economic centre. The city has a rich history, having been under Roman, then Visigothic rule, before becoming an important medieval trading centre.

Today it is one of the most important economic centres in Europe, hosting the headquarters of many multinationals such as Siemens or Puig. It is also one of Europe’s top destinations for international conferences and congresses.

Spanish football is one of the most popular sports in Spain. Many teams play at different levels, including Barcelona, Real Madrid and Atletico Madrid. These teams have some of the best players in their squads who compete against each other for glory every year.

The Spanish national team also has some very good players who compete internationally, representing Spain at events such as the World Cup or European Championships. This means that if you’re planning on visiting Spain with your family, you should consider attending one of these matches while you’re there!

Sangria is a Spanish drink made with red wine and fruit juice. The name comes from the Spanish word Sangre (blood), which refers to the colour of the beverage. Sangria was originally made by soaking fruits in wine or liquor, but it is usually mixed with soda water or juice today.

The most common fruit used in sangria are apples, oranges, lemons and limes, but any fruit will work well.

Franco won the war with help from Adolf Hitler and Benito Mussolini, who sent troops and aeroplanes to aid Franco’s forces.

Salvador Dali was one of the most influential artists of the 20th century. He was born in Figueres, Catalonia, in 1904 and became known as one of the best surrealist painters of all time. His paintings were mostly dream-like scenes that combined elements of science fiction with religious imagery.

La Sagrada Familia is a church designed by Antoni Gaudí that has been under construction since 1882 and will not be finished until 2026 (at least). It is located in Barcelona, Spain and is one of the most visited tourist destinations in Europe.

It is listed as a UNESCO World Heritage Site because it is considered one of the most important works of architecture in the last 200 years.

Spain is known for its beaches. Spain has over 2,000 miles of coastline and over 50 beaches that have been awarded the Blue Flag, a certification program for beaches based on water quality, environmental management, security and services.

The most popular beach destinations are the Costa del Sol, Costa Brava and Costa Blanca.

The next reason Spain is so famous is its fashion industry. The biggest fashion company in the world is called Inditex, which makes clothes under brands like Zara and Massimo Dutti. Amancio Ortega Gaona founded Inditex in 1963 and now it has more than 75 000 employees worldwide!

A long afternoon nap tradition is a Spanish custom that has been practised for many centuries. The siesta is a break from the usual mid-day meal, and it usually lasts between two and three hours. This tradition is still very much alive in Spain today, especially in rural areas where people don’t want to waste their time after work or school.

Spain is famous for its lifestyle. The country has a rich culture that spans centuries, and many traditions are still practiced today. The Spanish people are said to be among the most relaxed and jovial people in the world.

The Spanish language is also spoken around the world by millions of people who have learned it as a second language.

Spain is the third largest producer of wine in the world after France and Italy. Wine has been an important part of Spanish culture for more than 2,000 years, but it wasn’t until the end of World War II that the country began to produce good quality wines which could compete with other European countries such as France, Germany, and Italy.

Today Spain produces reds, whites, and rosés from all over the country, including Rioja, Ribera del Duero, Rueda, and Catalunya as well as some exceptional sparkling wines from the Champagne region (Cava).

What is Spain Famous for FAQ’s

What is unique to Spain?

What is Spain famous for producing?


Spain is famous for producing many different types of goods, including cars, steel and even olive oil. It’s also a leading producer of wine and oranges. The country has a strong economy, which means it can afford to invest in quality goods people want.

Why is Spain so popular?

Many people choose to visit Spain because of its warm weather throughout most of the year (it’s even warm enough for swimming during winter months), as well as its exciting nightlife scene that offers plenty of cultural events like concerts and festivals throughout the year (including Feria de Abril in Madrid).

Why is Barcelona so famous?

Barcelona has become one of Europe’s most popular tourist destinations due to its unique architecture and lively atmosphere. It is also one of the most important ports in Spain because it connects with so many other countries – including France, Italy and Germany.

This makes Barcelona an important hub for business travellers who need to reach other parts of Europe quickly without having to take long flights.
What is the most famous food and drink in Spain?

Spain’s food culture is diverse and delicious. Spanish cuisine has been influenced by many different cultures over the years, including those from France, Italy and North Africa.

As a result, many different dishes are available in Spain – including paella, tortilla de patatas (potato omelette) and calamares fritos (fried squid). The most famous spanish drink is called sangria.

Plan Your Trip to Spain with Kids

This post may contain affiliate links, which means I may receive a commission, at no extra cost to you if you make a purchase through a link. Please see the full disclosure for further information.

Get your train tickets here >>>

Or Find the Perfect Holiday Home on Vrbo >>> 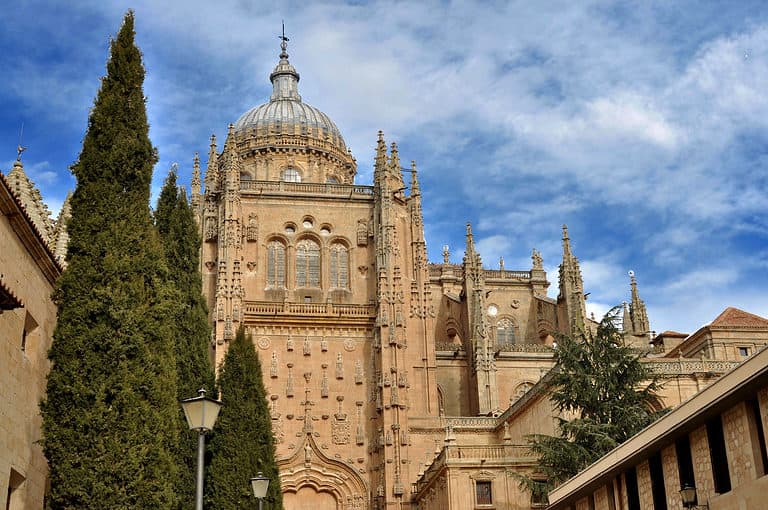 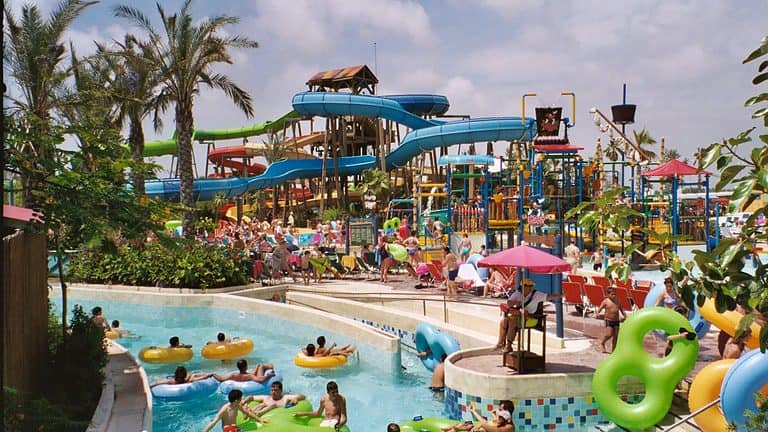 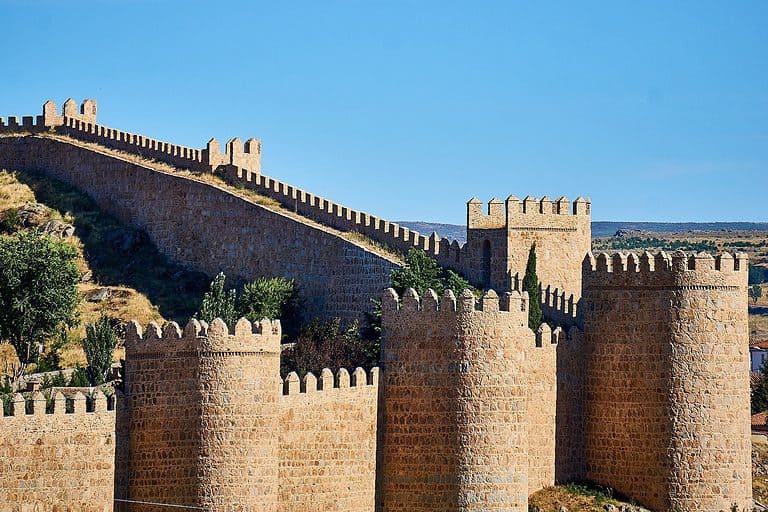 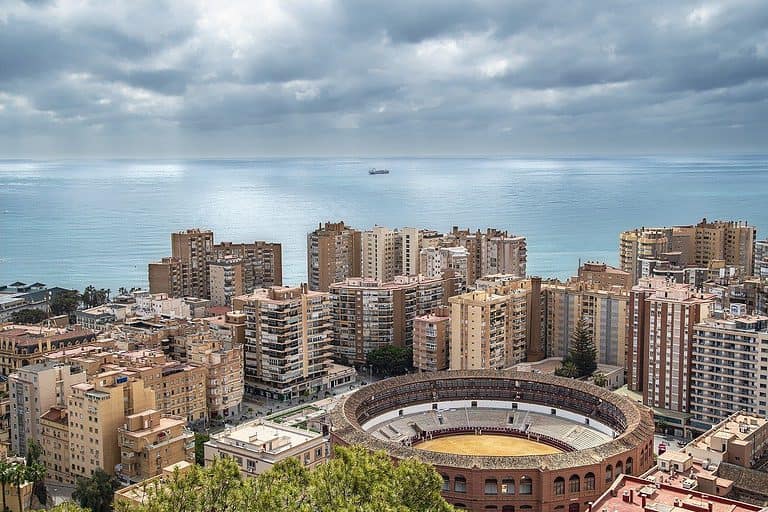 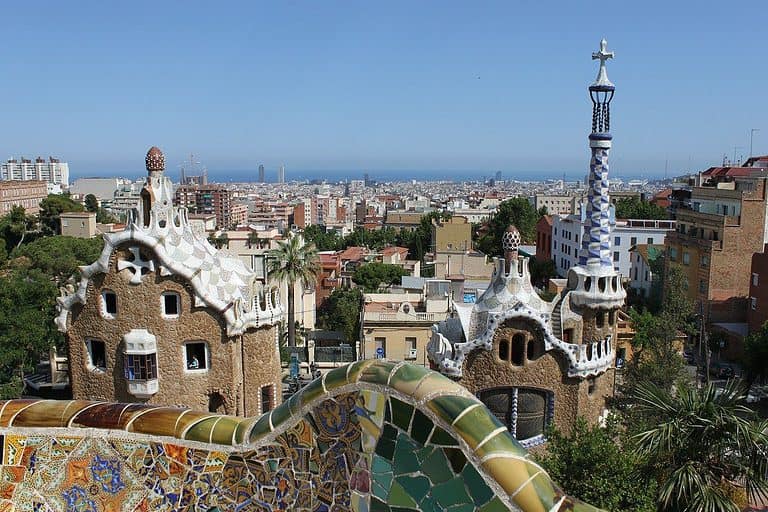